WHAT IS FLY ASH BRICK?

Fly Ash Bricks are the bricks made up of ash of coal collected as a waste product form the Home or Coal Industry.

It is a basic building construction material.

As it contains class C or class F fly ash and water.

Then harden with an air entrainment agent,

the bricks have the long lasting life cycles.

Owing to the fact that there is presence of  high concentration of calcium oxide in class C type fly ash, the brick is described as “self-cementing”.

HOW ARE FLY ASH BRICKS MADE?

According to the availability of raw materials and also market requirement you can select the best suitable mixing ratio.

As we all know that the main aim of a business is to make profit.

At the same time also maintain the quality of the brick. 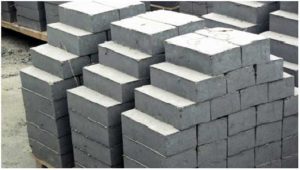 NOTE:- Sludge Lime is economical than Hydrated Lime, this mixing ratio is the best and more profitable than other two ratios listed below.

Sludge lime is a waste product and hence it costs less than hydrated lime.

It  is normally wet and has lumps.

However it is also used to make quality fly ash bricks.

and It is the most common method usually followed by many successful brick makers.

In this Mixing ratio, Cement replaces gypsum and lime.

This is not very popular method and not so profitable.

As Cement is expensive than Lime and Gypsum.

In A Word, We Are The Top Leading Manufacturers.

ABOVE ALL FOR FLY ASH BRICKS MIXING FORMULAS,

WE HAVE CLIENTS FORM DIFFERENT STATES.